During the 22nd and the 23rd of May 2014, Dr Sergio Nasarre will be in Berlin attending a workshop about Mortgage Law in Europe. The aim of this scientific meeting, held from 2006, is to deal deeply and rigorously with 125 key items about mortgage in Europe. This current edition will provide the forum to discuss experiences with the European Commission and the European Bank Authority. Experts from the United States and Canada will be also attending.

On Saturday, March 22nd, 2014, took place the Closing Ceremony of the 1st edition of the Postgraduate Course on Real Estate Agent and Land Management 2013/2014, jointly organized by the University Rovira i Virgili  and the College of Estate Agents of Tarragona. The Closing Ceremony took place at the headquarters of the URV Foundation and attended Prof. Dr. Sergio Nasarre Aznar and Dr. Héctor Simón Moreno, coordinators of the Postgraduate Course, and Mr.  Gil Cristià Llebat, President of the College of Estate Agents of Tarragona. The event ended with a glass of cava and with the awarding of the diplomas. The Postgraduate Course has been approved by the Catalan Government due to the fact that it meets the requirements of both the Act 182007 of 28 December, on the Right to Housing and the Decree 12/2010 of 2 February, which regulates requirements in order to act as estate agent and creates the Catalan Register of Estate Agents.

The jury of the II Edition of the Hispajuris & Economist & Jurist Prize (http://www.hispajuris.es/ie/premio.aspx?submenu=9) has announced that the winner (http://g3.jurisoft.es/docftp/fi119967Fallo%20Premio.pdf) of this edition is the paper presented by our student David Pérez López. The title and subject of this edition was “Payment in Kind” and the paper presented by Mr. Pérez (“Payment in Kind. State of the issue and a comparative approach”) is based on his final Degree Dissertation “Payment in kind in Spain: state of the issue and possible alternatives”, which was overseen by Dr. Héctor Simón Moreno, a post-doctoral researcher in Civil Law at the URV and supervised by Dr. Sergio Nasarre Aznar, full professor of Civil Law at the URV. The prize will be awarded in the framework of the XVII Annual Congress of Hipajuris (Zaragoza, 26th to the 28th of September 2013). 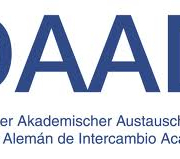 The Chair has been awarded the DAAD Project, which is entitled: The Housing Markets of Southern Europe in the face of the crisis.

Some of the Chair’s researchers will attend and take part in the seminar that will be held in the German city of Görlitz from the 1st to the 5th of December 2013; this will culminate in the publication of a book in 2014.

For more information please see the Projects section of this site.

Dr. Elga Molina Roig has been chosen from among eight participants in the “Would you like to know what I am researching?” contest that will be held during the URV Science Week 2013.

The researcher Elga Molina Roig took part as a guest speaker in the Seminars of the Master’s Degree in Company and Contract Law, organised by the Department of Private, Procedural and Financial Law of the URV’s Faculty of Legal Science. Her paper, which will be presented on Thursday 5th of December 2013, will deal with the new and problematic aspects of Law 4/2013, dated 4th of June, on urban leases.

For more information please see the Teaching section of this site.

This week saw the celebration of the Seminar entitled ‘The Housing Markets of Southern Europe in the face of the crisis’, as part of the DAAD Project in Görlitz, Germany, at which the different participating countries presented studies on problems in their housing markets since the crisis of 2007, as well as possible future challenges, all from a multidisciplinary point of view.

Several of our researchers have attended the seminar and read papers. Dr. Héctor Simón gave a presentation on the regulation of the fundamental right to housing in some European countries (Spain, Portugal, Italy, Greece, France and Germany) and analysed how the system of housing policies in place in each country allowed this right to be observed. Prof. Dr. Sergio Nasarre presented a comparative study of Spain, Portugal, Greece, Italy and Malta on the one hand (countries with a low percentage of rented homes) and Switzerland, Germany and Austria on the other (high percentages of home rental), in order to highlight how certain points in the leasing laws have an effect on the size of the rental market. The pre-doctoral researcher Núria Lambea looked at the systems for managing social housing in Spain and the United Kingdom, highlighting the more conflictive aspects of the former and emphasising the most relevant aspects of the latter, underlining the existence of non-profit organisations known as housing associations, as the main providers of  social housing. Finally, we enjoyed the collaboration of the Doctor of the IGOP (Government and Public Policy Institute) of Barcelona Autonomous University, Guillem Fernández, who gave a presentation on policies aimed at preventing homelessness based on housing in Finland, Germany and the United Kingdom, highlighting the shortcomings, opportunities and possibilities regarding its implementation in Spain.

On the 10th of December at 9:15 a.m., Dr. Sergio Nasarre and Dr. Héctor Simón took part in the Workshop of the Chair of Social Inclusion, which was held in the Conference Room of  the Faculty of Legal Science of the URV, and which dealt with housing as a human right and court rulings in favour of housing. More information.

This week several members of the chair met with students of the URV’s MBA in order to assist them in their research into housing cooperative buildings with services, an alternative method to satisfy the need for housing that, having a strong social component, includes communal services and encourages interaction among users.